This Wednesday on #ptchat we’ll be discussing apps across all devices to support the best teaching, learning and home support for today’s students. To help with our conversation, we’ve invited several education technology gurus including Steven Anderson. Steven, (@web20classroom) on Twitter, has been a constant resources for instructional technology on so many levels. 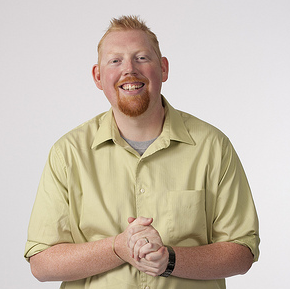 Steven is the Director of Instructional Technology for the Winston-Salem/Forsyth County Schools in Winston-Salem, NC. He also regularly travels the country talking to schools and districts about the use of Social Media in the classroom. Steven has been a presenter at several educational technology conferences, including ISTE, ASCD and NCTIES, as well as served as a panelist at the #140 Conference in Los Angeles, New York and was a featured speaker at the first ever #140Edu Conference, focusing on the real-time web in education. He is also responsible in helping create #edchat, a weekly education discussion on Twitter that boasts over 500 weekly participants. Steven has been recognized with the NOW Award, highlighting the Movers And Shakers in the world of social media and the 2009 and 2011 Edublogs, Twitterer of The Year Award. In 2012 he was named an ASCD Emerging Leader, recognizing young, talented educational leaders in their field. Follow his blog here.

All My Best Lists On Parent Engagement

My Latest Book On Student Motivation

"Self-Driven Learning: Teaching Strategies for Student Motivation" will be a sequel to "Helping Students Motivate Themselves"

You can find out more about it here.

My Book On Helping Students Motivate Themselves